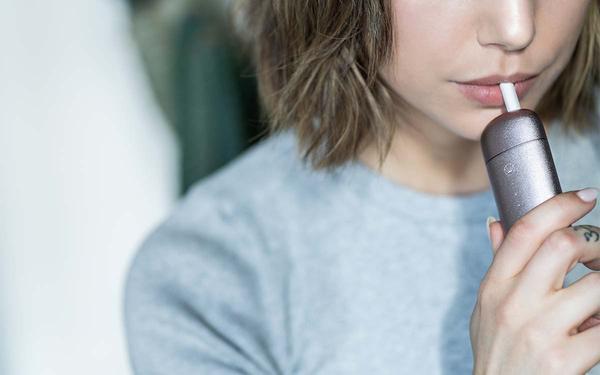 Omura’s philosophy is sustainability, and you can see it right from the get-go with their 100% paper packaging which is a fresh change from all the plastic upon plastic we see in so many dry herb devices today.

Included is the usual instruction manuals, some stickers and a USB-C charging dock (with detachable cable) and the Omura X1 device itself.

No extras to the packaging, which means less waste overall, which I’m a fan of. Somehow, Omura have made the X1 even more discreet and even simpler to use than the S1 - which I thought was impossible. With the previous model having only one button to operate the entire process, the Omura X1 takes it a step further by having no buttons to operate it whatsoever.

Flowersticks – The X1 uses the exact same flowersticks as their previous model, which is fantastic. Don’t fix something that isn’t broken. I love the simplicity of the flower sticks and being able to manage your dosage thanks to each of them holding 1/10th of a gram is brilliant. Each flowerstick can be filled with your choice of flower and the device will pull all the flavour and potency out of each stick thanks to the heat-not-burn technology.

Heat-not-burn – Omura have improved the X1 yet again by implementing a switch on the bottom of the device which will change their pre-programmed heating path. Flicking the switch to potency mode will change the curve to squeeze every ounce of potency from your flower without burning a single crumb, and the switch to flavour mode will give you a great balance of incredibly smooth flavour with just a touch less potency.

Discreet – The profile of the device is even smaller thanks to the way the flowersticks are now embedded into the device with only a small portion poking out the top of the brushed metal exterior for vaping. You can carry around a few flowersticks in an old-school cigarette holder all day which is what I have been doing and no one bats and eye when you pull a white cardboard tube out to smoke.

No cleaning – Thanks to the ingenuous design of the flowersticks, there is quite no clean-up between sessions, after sessions or after a month of charges. You dispose of the used flowerstick and the device stays clean session after session.

Overall the Omura X1 is sleek and well thought through. It will be the easiest and most convenient vaping experience you will ever have.

The vape is very pleasant to use in both the potency setting and flavour settings - and there really is a difference between them. Both of the settings seem to start off at the same temperature, warming up the flower ready for use. With the flavour setting, the heating curve is very gradual and doesn’t reach the higher temperatures of the potency setting. This allows you to really taste the flower you’ve packed and is very enjoyable overall, whilst still being as potent as the S1.

With the potency setting flicked on, the device’s heating curve is a little steeper and reaches an overall higher temperature than the flavour setting - but it does this all crucially without causing any flower to combust. This means you still get as much as possible out of the flowersticks, without that burnt flavour ruining the session.

The clouds are a little bit bigger in potency mode, but don’t count on the Omura X1 to give you massive hits from something like the Mighty Plus.

You can trust Omura’s heat-not-burn technology to do its job, which just gives you peace of mind when using the device. Not having to mess around with different settings for the amount of herb you’ve packed, which type of herb you’ve packed or some random Bluetooth app to access some random feature which can somehow improve your session is a massive turn-on for me.

The experience is the easiest vaping experience there is on the market. You pull out a flowerstick, put it into the device, and you’re ready to go for a session. It just works.

The temperature and smoothness of the vapour is fantastic, feeling very familiar to the Omura S1 which had an extremely pleasant aura around it during use. As with the S1, you can squeeze one or two more hits out of the flowerstick before the device fully cools down, which helps to know you’ve truly squeezed everything possible out of your flower.

I decided to pack 6 flowersticks with different types of herb, and I must say the experience was amazing. It was like a pick-and-mix, I reached into my holder and grabbed a random flowerstick, ready to go, ready to be vaped and tasted. I wholeheartedly recommend trying this out, as it was so much fun getting different flavours at random throughout the day.

Overall the experience of using this vape is second nature. The USB-C charger allows you to top the device up off of a phone or laptop charger and the discreet nature of the device just allows you to be carefree.

Just simply pop a flowerstick into the device and the Series X LEDs will light up, indicating it’s warming up. After about 30 seconds the device will vibrate and all the LEDs will illuminate - and you’re ready to go for a session. Here’s some more detailed steps:

Each session lasts 3.5 minutes as indicated by the LEDs on the device. One stick should be used per session. Once each session ends, the stick is no longer usable and can be composted.

How to clean the Omura X1 Series?

With Omura, there is no cleaning to be done. As with the previous model, the X1 also cuts out the most annoying part of owning a dry herb vape. The flowersticks are compostable and disposable - they don’t get the device dirty and covered in residue.

I’ve come to accept this reality with Omura, and when I think back to amount of time I’ve spent cleaning out my dirty vapes, it just reminds me of how much I love the Omura system. Their devices just don’t get dirty, no matter how many times they are used.

If you’re looking for low maintenance and high performance, this vape is the perfect vape for you.

If you’ve read some of my other reviews, you can guess what I’m about to say regarding the USB-C charger - I love them and any company which goes to the effort to include a USB-C over micro USB.

USB-C allows the X1 to charge extremely fast and within minutes you can see the indicator lights filling up, and my favourite part about the X1 is the integrated USB-C dock which is just gorgeous and fun to drop the device in and out of.

Other than the single switch at the bottom of the device, what you see is what you get with the Omura X1 - there are no more buttons or gimmicks. No Bluetooth, no temperature settings and no picking tools tucked away into the device. It feels so refreshing to just have a device which does a job and does it so well.

Pros and Cons of the Omura X1

The Omura X1 is the epitome of convenience. You carry the device, you carry some flowersticks. That’s it. No messing around with settings, no cleaning the device after every session, no worrying about dosing capsules or grinding. It just works. And I love it.

The charging dock is a very nice touch. Having somewhere to both display your beautiful new sleek vape and charge it simultaneously checks off all the boxes of function and aesthetics for myself. It just looks so good sitting on the mantlepiece, ready to be grabbed and go whenever I head out the door or want a quick session.

The Omura X1 is even more discreet, even easier to use and even more portable than the S1. This thing can be brought anywhere. It fits right into any lifestyle, a business suit, gym bag or work cargo pants. As long as you keep some flowersticks on you, you’ll be good to go wherever you are within seconds.

As with the Omura S1, the airflow from the device can be a little bit tough. This is just a by-product of the design of the flowersticks, but it has never been an issue. This also isn’t as big of an issue thanks to the new potency switch on the bottom of the device, which allows you to get bigger clouds from the device than before.

Who is the Omura X1 For?

The X1 is for people brand new to vaping and 20 year vaping fanatics. If you want something which can squeeze everything out of the flower dosage you put into the device, with the option of having a chilled session or something with more potency, then the X1 is definitely something that should be on your radar.

The Omura X1 is for people who want a small and stealthy vape which isn’t the size of a big rig. People who want a device that just works, has no finicky buttons and is no maintenance.

It’s for professionals who only want to do a hit from time to time, discreet when they’re out and about, but still be able to enjoy life without worrying about taking care of a device they’re carrying around all day. Additionally, it’s for those looking to get into the dry herb vape world but are overwhelmed with how many settings and vaporizers there are out there.

This vape is intuitive, self-sufficient and suitable for anyone who picks it up no matter their lifestyle.

Is the Omura Series X1 Worth It?

As with all Omura products, you are paying for the premium of convenience and discretion. If you want a vape that’s both as sneaky as a cat and as sleek as an iphone, then this device is the vape no one would double take at, whilst also being a device which punches above its weight when it comes to flavour and potency.

To me, the Omura S1 was worth every penny as I was looking for a micro dosing companion vape to my day-to-day business lifestyle!